Panic on the British Borderlands: The Great God Pan, Victorian Sexuality, and Sacred Space in the Works of Arthur Machen 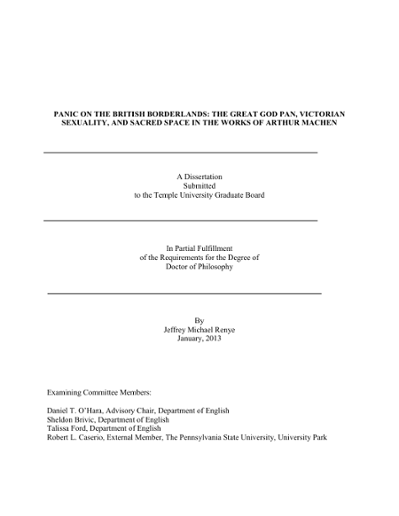