TRAJECTORIES OF MATERNAL DEPRESSION AND THE IMPACT ON CHILD COGNITIVE DEVELOPMENT: LONGITUDINAL DATA ANALYSIS WITH INTERNATIONAL PARTICIPANTS FROM THE MAL-ED STUDY 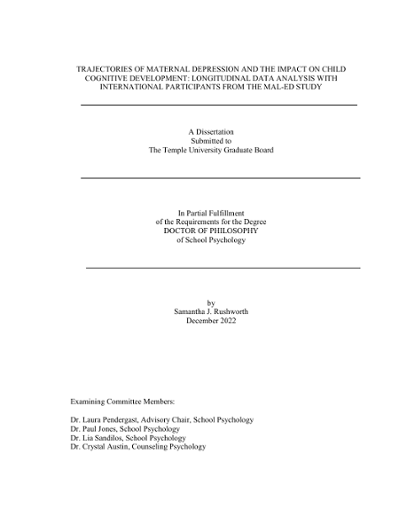