THE PHYSICOCHEMICAL CHARACTERIZATION OF MICROVESICLES SECRETED BY SULFOLOBUS ACIDOCALDARIUS 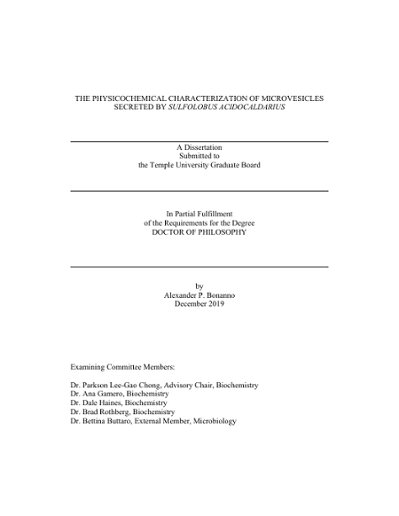