Barriers and Facilitators to Acceptability of the Female Condom in Low- and Middle-Income Countries: A Systematic Review 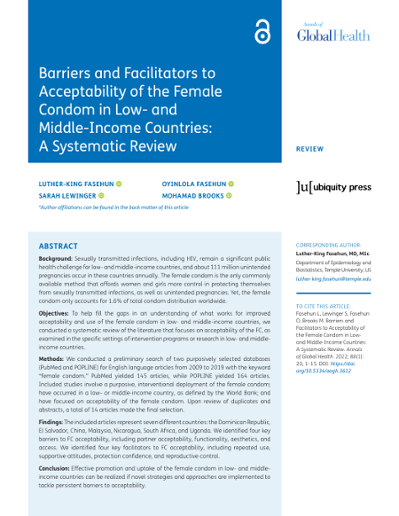