Casino Development and the Right to the City: Conflict and Community Place-Making in Philadelphia 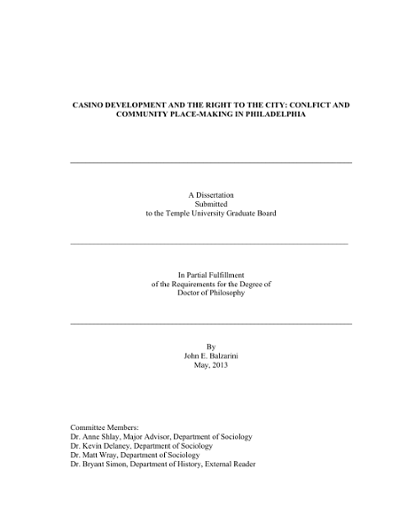