Changes in spatial variance during a grassland to shrubland state transition 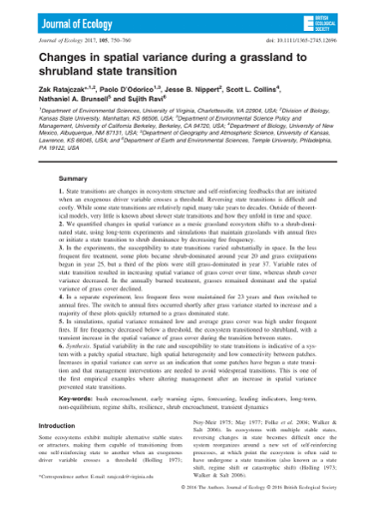