ESSAYS ON FINANCE AND POLITICS OF DISASTER LOANS 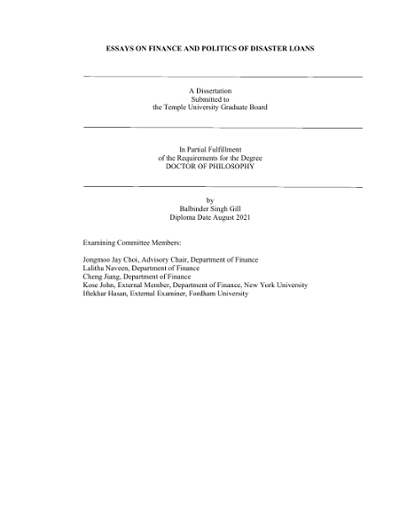