The “Preference for Pollution” and Other Fallacies, or Why Free Trade Isn’t “Progress” Absent the Harmonization of Environmental Standards 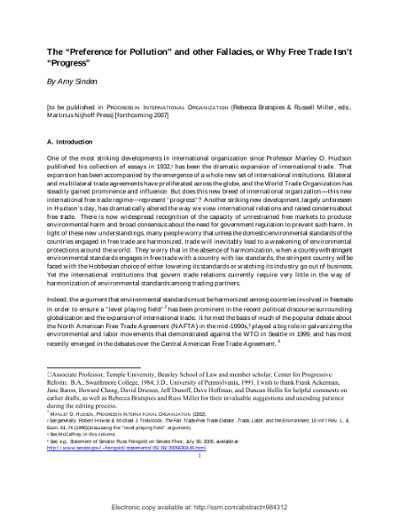 Amy Sinden, The “Preference for Pollution” and Other Fallacies, or Why Free Trade Isn’t “Progress” Absent the Harmonization of Environmental Standards, in Progress in International Law 771, (Russell A. Miller & Rebecca M. Bratspies, eds., 2008).