The Spirit-Lyre and the Broken Radio: The Medium as Poet From Sprague to Spicer 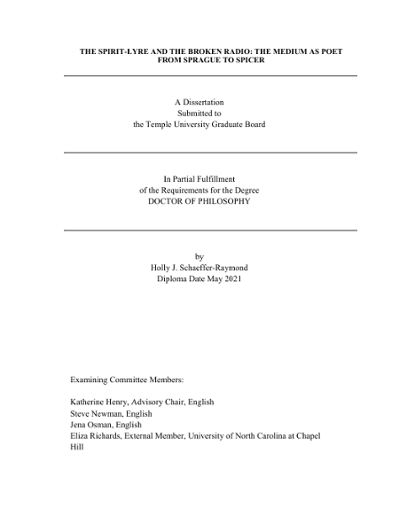