An investigation of the effect of surface functionalization as a route for improved interfacial properties, and the role of soft solid electrolytes, in hybrid electrolyte systems 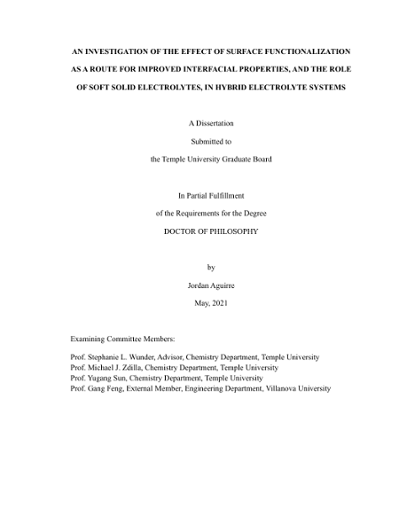