MUSSORGSKY’S PICTURES AT AN EXHIBITION: A PERFORMER’S PRACTICAL OBSERVATIONS ON THE UNPRECEDENTED ORIGINALITY OF THE WORK 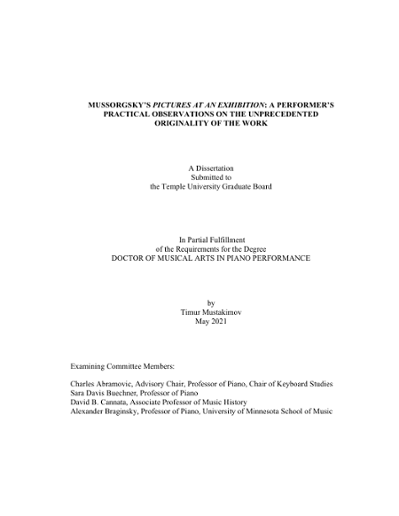