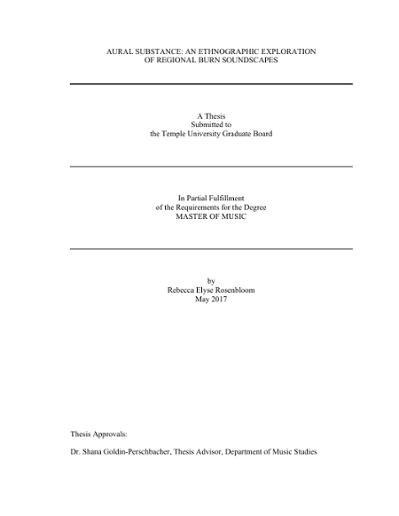 Once a year over the week leading up to and including Labor Day, tens of thousands of people drive hours into Nevada’s barren Black Rock Desert to build an ephemeral city equal to “the size of downtown San Francisco.” This place, Black Rock City, home of the annual Burning Man event, only exists for a fraction of the year. For one week, participants gather together at Burning Man and operate under its ten guiding principles, including “radical self-reliance,” “communal effort,” “radical self-expression,” and “participation.” Everything, with the exception of porta-potties and ice, must be brought in and packed out by individuals. The decommodified, volunteer-run city is what its inhabitants make of it. At Burning Man, attendants are their own event planners, food providers, structure builders, gift givers, and activity coordinators. On the penultimate night of the event, an effigy of a forty-foot man is set aflame, a ritual left open for interpretation by participants. Two days later, the entirety of Black Rock City is torn down, leaving scarcely any trace that it ever even existed. Burning Man has gained social traction exponentially since its launch in 1986, leading to the formation of dozens of individually organized regional burns across the United States of America and internationally. Scholars from many disciplines have flocked to the event attempting to unpack its distinct subculture. While publications have analyzed Burning Man’s ethos, logistics, business organization, community, art, rituals, fire, and performances, only two have considered sound worthy of focus and few have addressed the regional burn network. “Aural Substance: An Ethnographic Exploration of Regional Burn Soundscapes” analyzes Burning Man’s regional network, expanding on sound artists Stephan Moore and Scott Smallwood’s brief initial study of the national event's sound by way of ethnography and field recording. From June 2016 through February 2017, I conducted fieldwork and collected fifty-five hours of field recordings at seven different regional burns. I employ ethnomusicologist Steven Feld’s concept of “acoustemology,” or “sound as a way of knowing.” Through my observation, analysis of recordings, and interviews, I consider how the sounds at regional burns can signify the time, date, and location to burn participants. Sound-studies scholar David Novak writes that “noise is a crucial element of communicational and cultural networks.” In this study, I analyze how noise at a burn is not solely a by-product of participants’ “anarchistic freedom,” but a key part of the burn that relays information about regional burn values, public and private spaces, and burners’ lived experience.