Chinese Medical Research Professionals in the Northwestern Suburban Metropolitan Philadelphia Area and Their Return Migration to China: Transnational Citizenships in the Era of Globalization 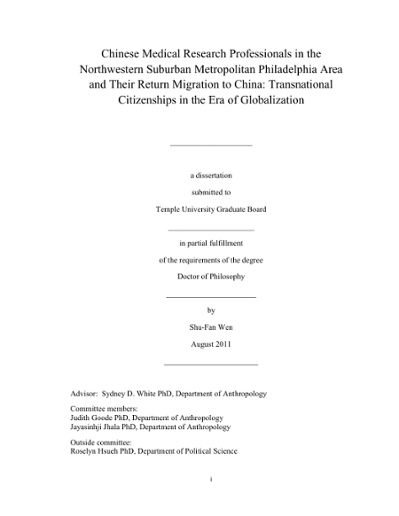