Feminist communicative action: Examining the role of "being heard" in a rehabilitation program for prostitutes 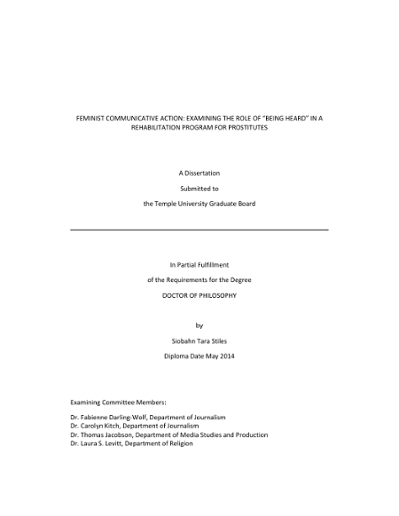 This research project applies feminist revisions of Habermas's theory of communicative action to evaluate levels of participation in individually-based development programs through the case study of one such program. Utilizing a triangulated methodology of participant observation, interviews, and discourse analysis, combined with considerations of feminist ethical issues, this research study examines the role of dialogue and "being heard" in the recovery and rehabilitation of women who used prostitution to feed chemical addiction. I utilize a "feminist communicative action" to evaluate a unique type of development program: one aimed at individual development. In addition, this project assesses the place of human communication, emotions, and community in the sustainability of such recovery programs.