Natural Resource Use in Madagascar 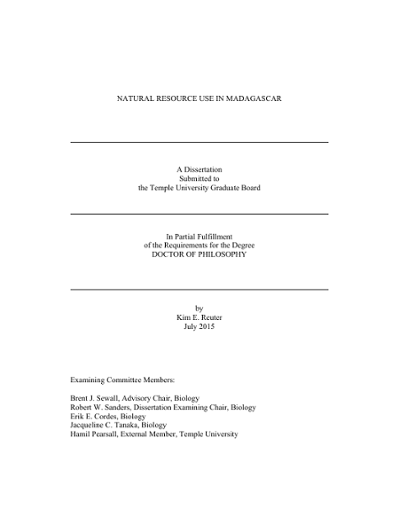