EVALUATING THE USE OF CEPHALOMETRIC MEASUREMENTS, PRESENCE OF A POSTERIOR CROSSBITE, THE BERLIN SLEEP QUESTIONNAIRE SCORE, AND RESULTS OF THE NOX-T3 SLEEP MONITOR FOR PREDICTING OBSTRUCTIVE SLEEP APNEA IN THE ORTHODONTIC POPULATION: PART 1 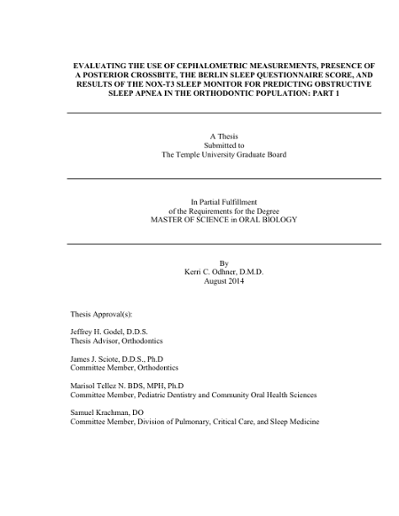