I OPT OUT: UNDERSTANDING THE IMPACT OF RACE, SELF-LIMITING BEHAVIOR, AND MOTIVATIONAL PERSISTENCE ON SELF-EFFICACY AND INTENTIONS TO BE AN ATHLETICS DIRECTOR 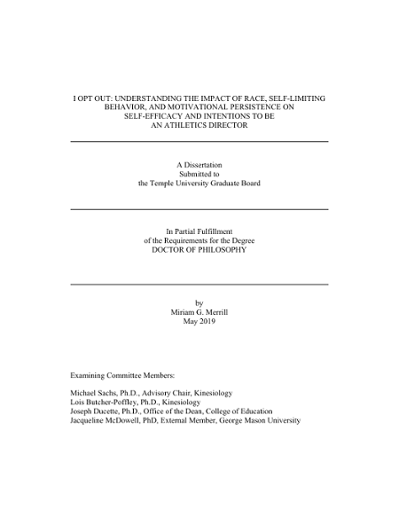