The Merits of a Fool: Contending with Race and Racism through Sketch Comedy from the 1960s to the 2000s 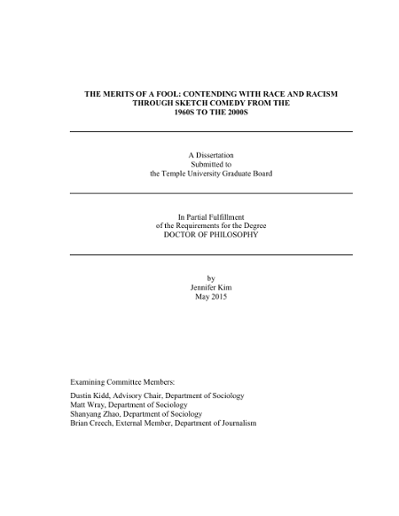