COPS ON DOTS DOING WHAT? THE DIFFERENTIAL EFFECTS OF POLICE ENFORCEMENT ACTIONS IN HOT SPOTS 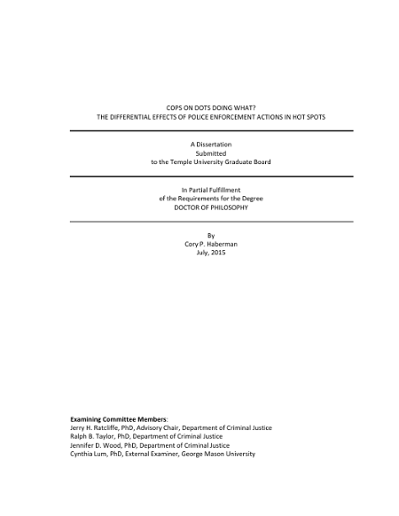