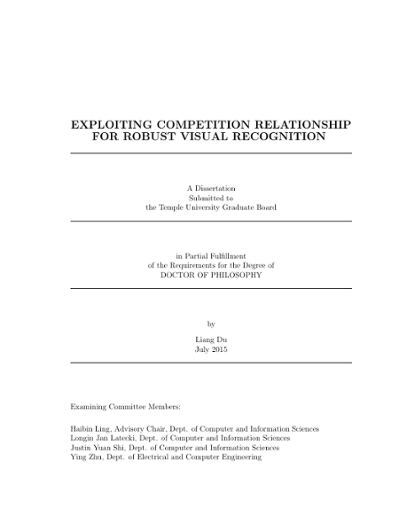 Small-angle neutron scattering (SANS) is a very powerful laboratory technique for micro structure research which is similar to the small angle X-ray scattering (SAXS) and light scattering for microstructure investigations in various materials. In small-angle neutron scattering (SANS) technique, the neutrons are elastically scattered by changes of refractive index on a nanometer scale inside the sample through the interaction with the nuclei of the atoms present in the sample. Because the nuclei of all atoms are compact and of comparable size, neutrons are capable of interacting strongly with all atoms. This is in contrast to X-ray techniques where the X-rays interact weakly with hydrogen, the most abundant element in most samples. The SANS refractive index is directly related to the scattering length density and is a measure of the strength of the interaction of a neutron wave with a given nucleus. It can probe inhomogeneities in the nanometer scale from 1nm to 1000nm. Since the SANS technique probes the length scale in a very useful range, this technique provides valuable information over a wide variety of scientific and technological applications, including chemical aggregation, defects in materials, surfactants, colloids, ferromagnetic correlations in magnetism, alloy segregation, polymers, proteins, biological membranes, viruses, ribosome and macromolecules. Quoting the Nobel committee, when awarding the prize to C. Shull and B. Brockhouse in 1994: “Neutrons tell you where the atoms are and what the atoms do”. At NIST, there is a single beam of neutrons generated from either reactor or pulsed neutron source and selected by velocity selector. The beam passes through a neutron guide then scattered by the sample. After the sample chamber, there are 2D gas detectors to collect the elastic scattering information. SANS usually uses collimation of the neutron beam to determine the scattering angle of a neutron, which results in an even lower signal-to-noise ratio for data that contains information on the properties of a sample. We can analyze the data acquisition from the detectors and get the information on size, shape, etc. This is why we choose SANS as our research tool. The world’s top energy problems are security concerns, climate concerns and environmental concerns. So far, oil (37%) is still the No.1 fuel in world energy consumption (Oil 37%, Coal 25%, Bio-fuels 0.2%, Gas 23%, Nuclear 6%, Biomass 4%, Hydro 3%, Solar heat 0.5%, Wind 0.3%, Geothermal 0.2% and Solar photovoltaic 0.04%). Even more and more alternative energy: bio-fuels, nuclear and solar energy will be used in the future, but nuclear energy has a major safety issue after the Japanese Fukushima I nuclear accidents, and other energies contribute only a small percent. Thus, it is very important to improve the efficiency and reduce the population of petroleum products. There is probably one thing that we can all agree on: the world’s energy reserves are not unlimited. Even though it is limited, only 30% of the oil reserves is conventional oil, so in order to produce, transport, and refine of heavy crude oil without wasting huge amounts of energy, we need to reduce the viscosity without using high temperature stream heating or diluent; As more and more off-shore oil is exploited at that we need reduce the viscosity without increasing temperature. The whole petroleum consumed in U.S. in 2009 was 18.7 million barrels per day and 35% of all the energy we consumed. Diesel is one of the very important fossil fuel which is about 20% of petroleum consumed. Most of the world's oils are non-conventional, 15 % of heavy oil, 25 % of extra heavy oil, 30 % of the oil sands and bitumen, and the conventional oil reserves is only 30%. The oil sand is closely related to the heavy crude oil, the main difference being that oil sands generally do not flow at all. For efficient energy production and conservation, how to lower the liquated fuel and crude oil viscosity is a very important topic. Dr. Tao with his group at Temple University, using his electro or magnetic rheological viscosity theory has developed a new technology, which utilizes electric or magnetic fields to change the rheology of complex fluids to reduce the viscosity, while keeping the temperature unchanged. After we successfully reduced the viscosity of crude oil with field and investigated the microstructure changing in various crude oil samples with SANS, we have continued to reduce the viscosity of heavy crude oil, bunker diesel, ultra low sulfur diesel, bio-diesel and crude oil and ultra low temperature with electric field treatment. Our research group developed the viscosity electrorheology theory and investigated flow rate with laboratory and field pipeline. But we never visualize this aggregation. The small angle neutron scattering experiment has confirmed the theoretical prediction that a strong electric field induces the suspended nano-particles inside crude oil to aggregate into short chains along the field direction. This aggregation breaks the symmetry, making the viscosity anisotropic: along the field direction, the viscosity is significantly reduced. The experiment enables us to determine the induced chain size and shape, verifies that the electric field works for all kinds of crude oils, paraffin-based, asphalt-based, and mix-based. The basic physics of such field induced viscosity reduction is applicable to all kinds of suspensions.