The Institutionalization of Homeownership in Emerging Economies: A Case Study of Peru 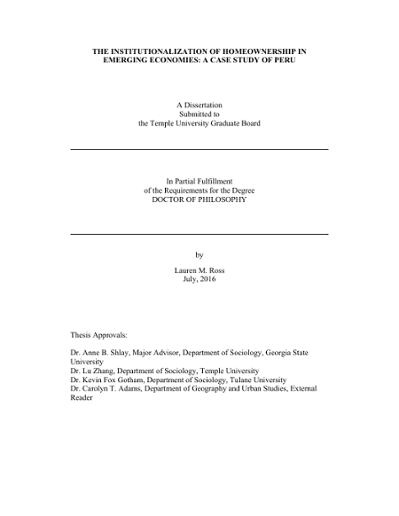