TNF-alpha-Induced Neuroregeneration through an NF-kappaB-dependent Pathway: A New Mechanism Involving EphB2 in the Context of HIV-1 Neuroinflammation 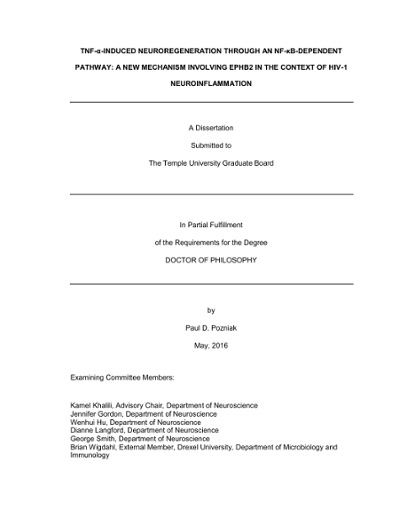