There Used to Be Nowhere to Eat in This Town: restaurant-led development in postindustrial Philadelphia 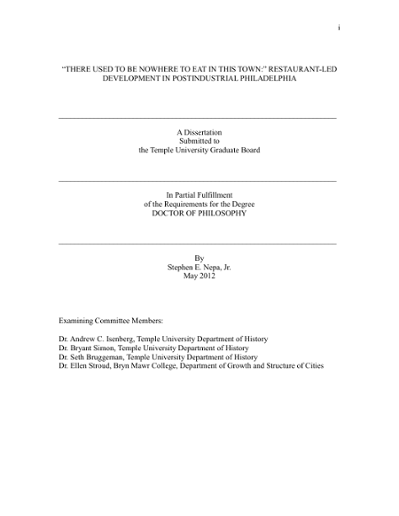