Imagination and the Mind's Ear 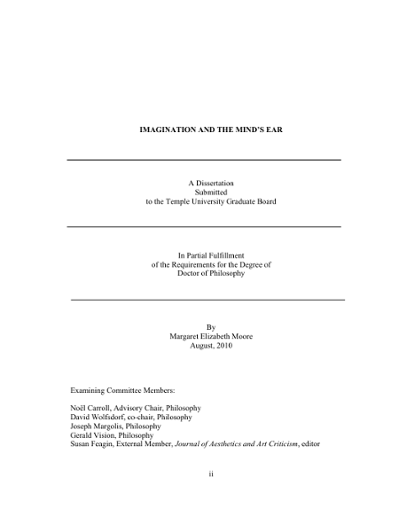