The Limits to Catholic Racial Liberalism: The Villanova Encounter with Race, 1940-1985 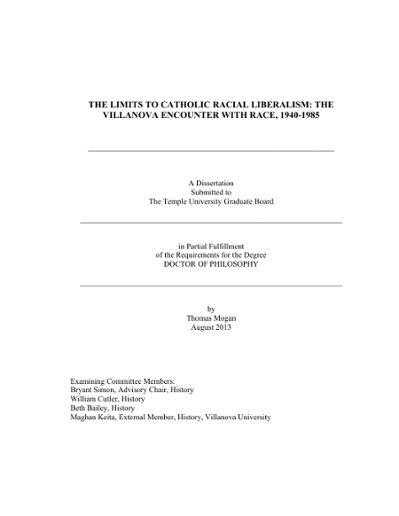