Negotiation of form by EFL learners: Effect of task modality and L1 use 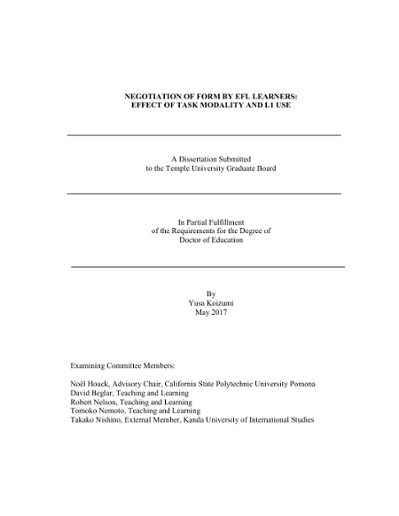 English as A Second Language
Pedagogy