S-Mephedrone: preclinical investigation of a synthetic cathinone against behavioral and neurochemical effects of cocaine and MDPV 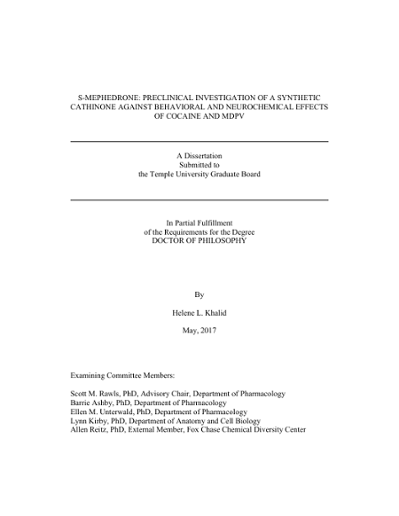