Three Essays on Market Discipline in the Banking Industry 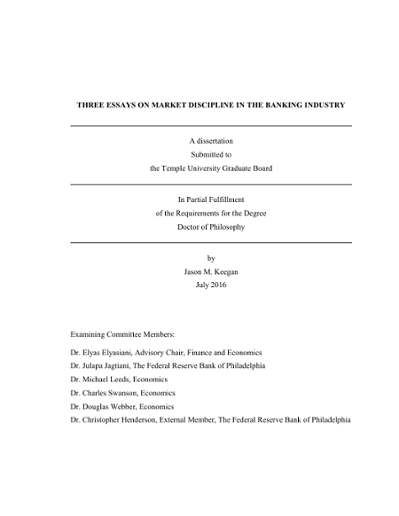