Evaluating the Relationship between Minority Stress and Working Memory: The Influence of Psychological Distress and Identity Valence 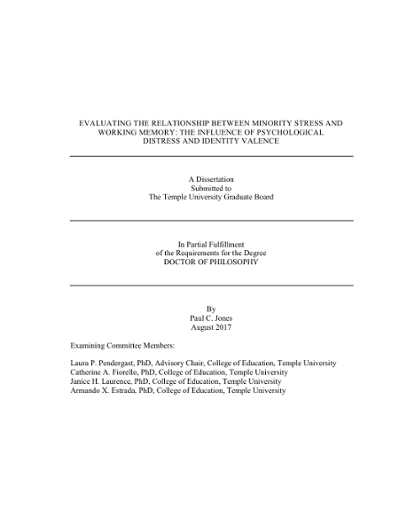