Blinded by the Right: Liberalism among Black Christian Conservatives 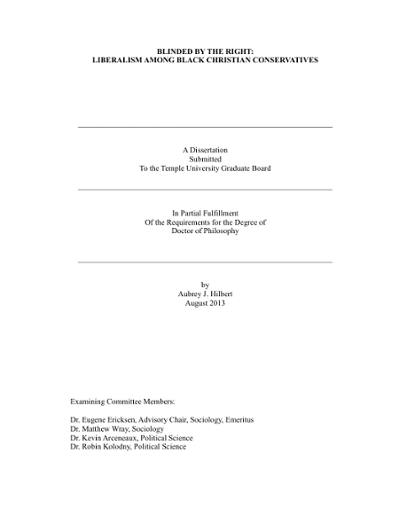