Economic Freedom for the Free: How Neoliberalism is Leading to Greater Income Inequality Within Countries 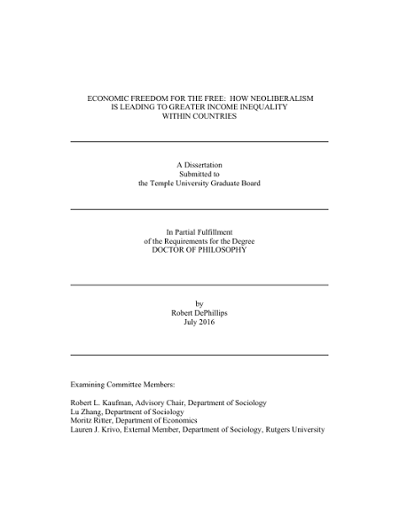