Investigation of Magnetic Properties in the Case of Three Families of 1-Dimensional Magnets:M(II)A(4,4'-bipyridine);M=Fe,Co,Ni,Cu A=Cl2,(N3)2,(ox) 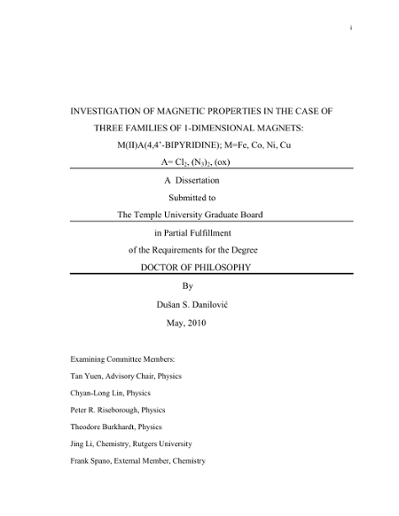