Equity in Quality of Special Education Programming: A Qualitative Study on the Perceptions of Special Needs Parents 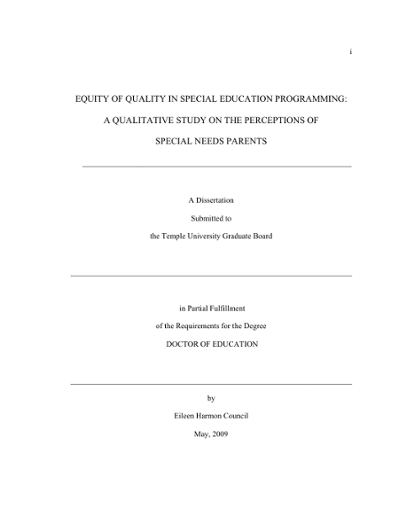